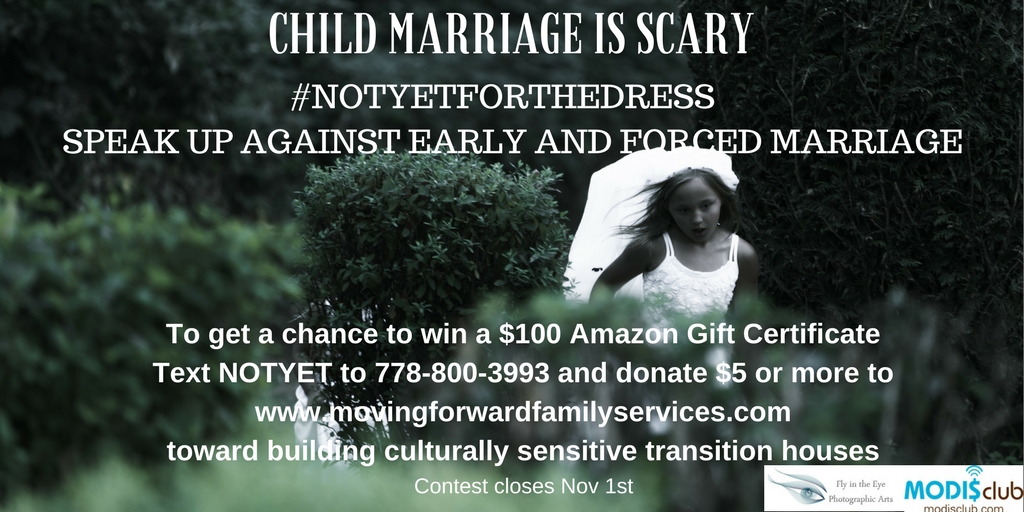 Many of us have heard the term “forced marriage” but not all will be aware of current statistics reflecting a harsh reality: every year, 15 million girls and women around the world are forced to marry against their will. Early and forced marriage is a violation of human rights and severely impacts social and economic development on a global scale. While this is an international crisis, forced marriage is happening in our own backyard, as well. Children account for 700 million, while women in the LGBTQ community and women with disabilities are also forced into marriage. Canadian law contains provisions in family, immigration and criminal laws which help to protect citizens from marriage without consent, however, these provisions do not address the longstanding and culturally-accepted practices of other nations.

The  Flag Shop President ,  Susan Braverman said, “Victims of early and forced marriage need us to speak up for them and give them a voice.” She adds, “Every young girl deserves a chance at a bright future, so we simply could not miss our chance to help uphold the basic human rights of freedom of expression and education.”

Let us all stand together and speak out against early and forced marriage.

All funds raised will go towards building culturally-sensitive transition houses in the Fraser Valley, which will help to protect woman against forced and early marriage.